Jaimie Vaes visited us in her reality show that can be seen on Discovery+ for a series of treatments. Season 2 of ‘Jaimie in the Vaes Line’ shows her joining us for the first time in episode 2. Missed? No worries, here I share the video again. Together with her friend she visited us in Amsterdam for her Profhilo treatment, known for the face, but certainly not unknown for the neck. As Jaimie herself says, and you already know from us, but now on repeat: Profhilo is not a filler and also not botuline toxine. It is, as we call it, a kind of miracle cure, it strengthens the skin from the inside and is THE investment for the future. While everyone is staring blindly at his handsome face, the rest of the body is sometimes forgotten. Such a flabby wrinkled neck can then be treacherous. Only when the skin slackens the alarm is sounded, often too late. The results with Profhilo (suitable for neck, face but also décolleté) are amazing and also scientifically proven effective. Profhilo is done in a serie of 2-3 sessions and then repeated every six months with a single session. Want to know more and look just as stunning as Jaimie? Come by for a consultation! 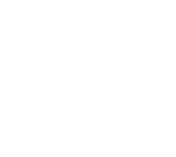 As a clinic, we are here for you.
We keep a close eye on the developments regarding the Corona virus. This is important to you as our customer and to our beloved employees. In the clinic we work according to the guidelines of the RIVM, VWS and NVCG. With the necessary measures and adjustments, we ensure you that you can undergo treatments with us at all times in a safe manner. Curious what we can do for you?
Feel free to schedule an appointment with one of our specialists.